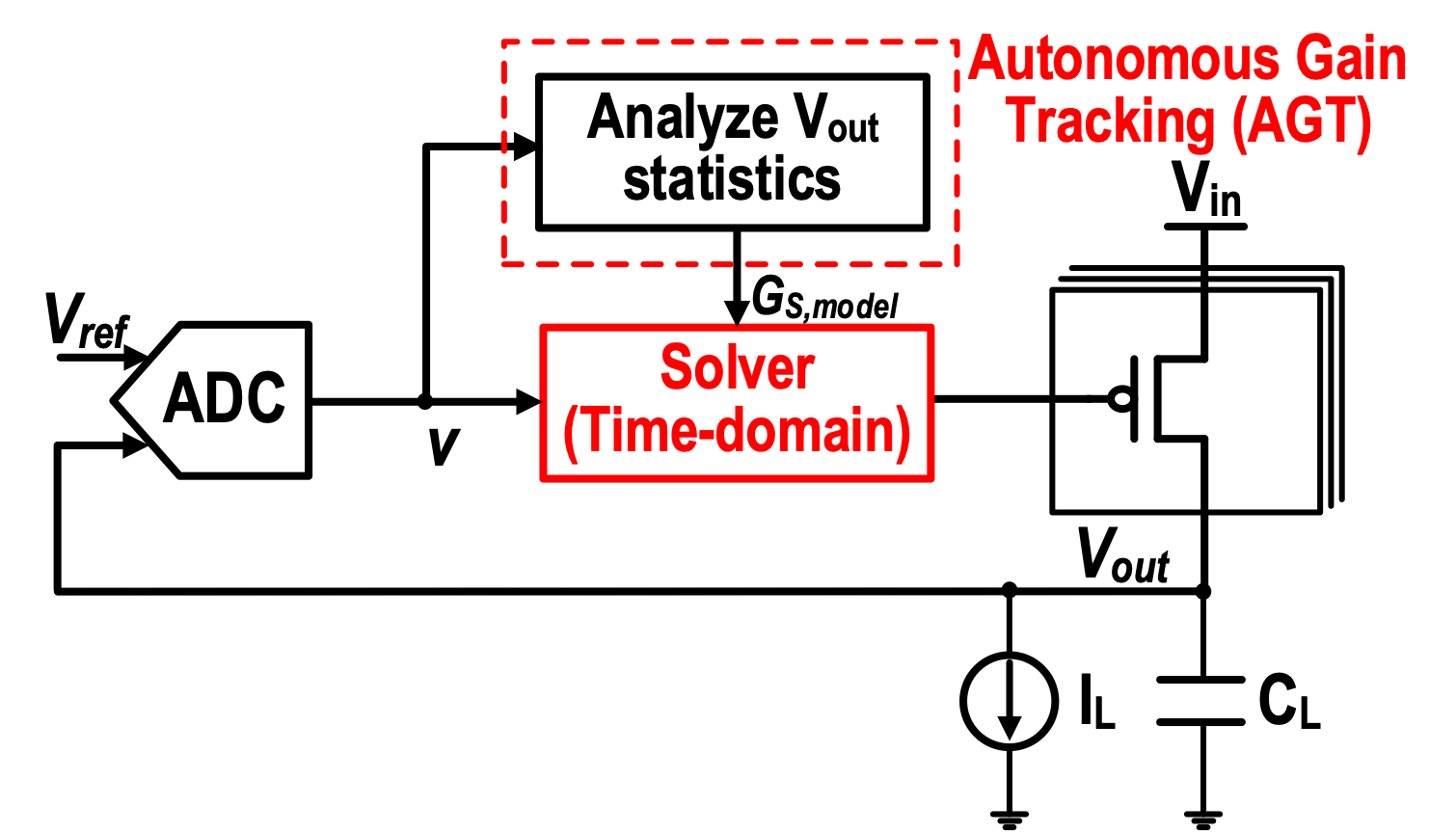 Computational regulation relies on an accurate time-domain model of the regulator, and evaluates it at runtime to determine the optimal number of headers required for rapid droop response. The system also proposes a new technique to address the urgent problem of loop-gain variation in digital LDOs due to the changes that Vin, Vout and Temperature have on unit-header current. The basic idea is to use low-precision statistical analysis of the output voltage waveform to determine the optimal loop gain

This work presents computational regulation, a technique for fast and stable transient response across PVT. This concept is demonstrated in a Digital LDO that drives a Cortex-M0 processor with an integrated linear algebra accelerator (Figure above). The key idea is to (1) derive time-domain models that are more accurate than those obtained from the traditional discrete-time transfer function and (2) evaluate the resulting state equations at runtime for rapid regulator response. We also introduce Au-tonomous Gain Tracking (AGT), a low-overhead, low-complexity technique that examines Vout statis-tics for runtime loop gain tuning to enable rapid LDO response across PVT.

In many respects, depending on context and the system in question, computational control can be viewed as a practical take on dead-beat control or as a (significantly) simplified implementation of model-predictive control.